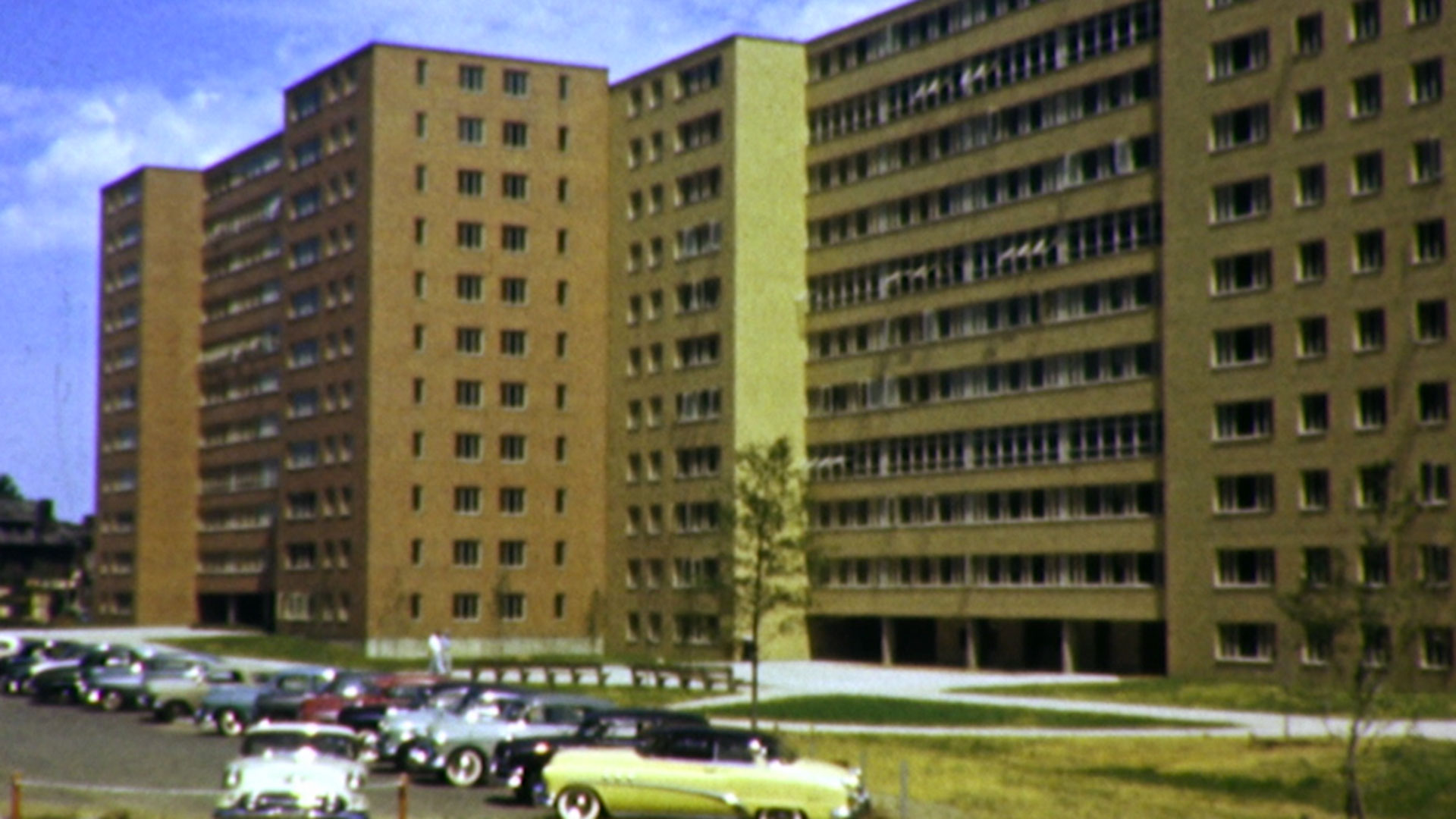 The 2011 documentary film “The Pruitt-Igoe Myth” documents the rapid rise and fall of a housing complex in St. Louis. Pruitt-Igoe became a symbol for the failure of public housing policy in the late 20th century.

The 2011 documentary film “The Pruitt-Igoe Myth” documents the rapid rise and fall of a housing complex in St. Louis that became a symbol for the failure of public housing policy and community disinvestment in the late 20th century. The film tackles the stigmas attached to Pruitt-Igoe as a symbol of poverty and crime. The Black Americans living in the Pruitt-Igoe apartment complexes were demonized, unfairly, according to the film, as was the larger social project of public housing for low-income and communities of color in urban settings.

The policy failure described by the film’s telling of the Pruitt-Igoe history is not a failure of the very idea of public housing, as many commentators would have made it out to be. The film locates the failure in the program—building a facility with no plan for maintenance, planning for deliberate segregation, and failing to identify the trends changing the city. In this way, the St. Louis and the Pruitt-Igoe example is a cautionary tale that applies in many other U.S. cities with similar social policies.

The people interviewed for the film were there at Pruitt-Igoe in the beginning, when the housing project symbolized a beacon of modern hope, defined by community.The interview subjects featured in the film were also there throughout Pruitt-Igoe’s quick disintegration into a den for crime and drugs. In 1976, just over 20 years after Pruitt-Igoe opened its doors to 12,000 residents, the entire complex had been reduced to rubble. In the history of urban planning, Pruitt-Igoe symbolizes a warning to avoid repetition of the very policies and practices that led to the project's demise and the destruction of a once vibrant Black community in St. Louis.

Planetizen Courses is proud to present “The Pruitt-Igoe Myth” as a part of "Cities on Film," a series of acclaimed documentary films exploring subjects related to urban planning.

This course is approved for 1 AICP CM credit

Far too many cities have their own "Pruitt-Igoe's" that contributed to the decline of cities without hope. This was so moving. I wish every planner could watch this. Coming from the "rust belt", I know this environment all too well.
- Joanne M.