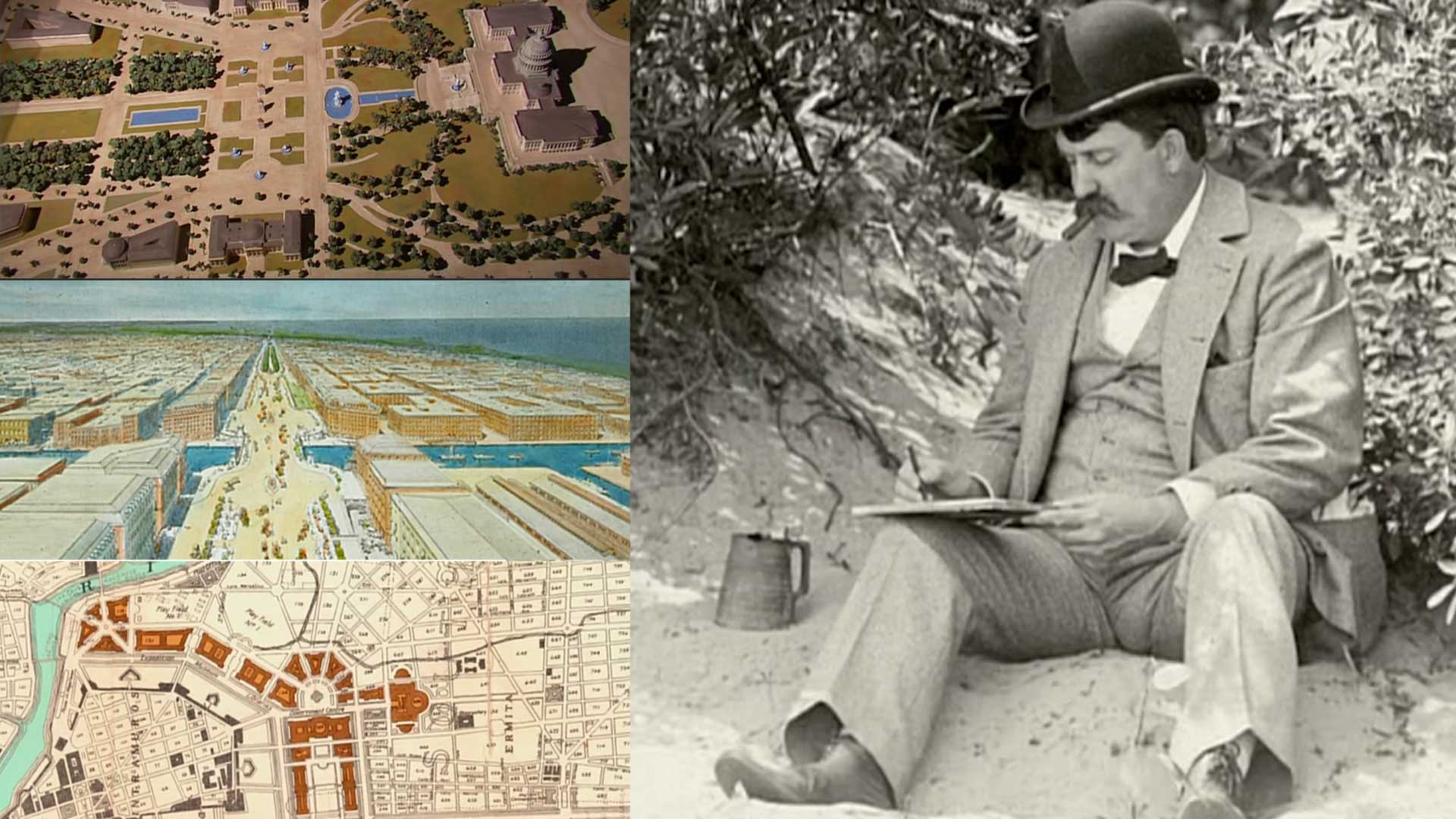 Make No Little Plans: Daniel Burnham and the American City

The life and achievements of architect and urban designer Daniel Burnham offer a chance to witness the application of the social agenda of the City Beautiful movement, of which Burnham was one of the most famous practitioners.

“Make No Little Plans: Daniel Burnham and the American City” tells the story of Daniel Burnham’s life and achievements, as one of the most influential architects and urban planners in American history.

The film starts with the story of Daniel Burnham’s roots and upbringing, before an early career in commercial architecture offered a chance to plan and design the World’s Columbian Exhibition in Chicago in 1893. The “White City” created for that exhibition only lasted a summer, but Daniel Burnham’s celebrity afterward offered a role in massive city planning and design efforts in Washington, D.C., San Francisco, Manila and Baguio in the Philippines, Cleveland, and his hometown Chicago.

The life and achievements of Burnham also offer a chance to witness the application of the social agenda of the City Beautiful movement, of which Burnham was one of the most famous practitioners. In this film, we see the history of a man in the right time and place to achieve great success in the creation of the built environment. The ideas put forward by Burnham and the City Beautiful movement are both controversial and influential to this day, and Burnham’s example calls planners and urban designers to confront the realities of today.

Provides excellent highlight of Burnham's life as well as the importance of his work across multiple aspects of city planning.
- Joseph S.

This is such a wonderful production! Educational as well as purely entertaining (whether you are in the design/planning/engineering professions or not)! Thank you so much for making it available for public use and study! Daniel Burnham has long been one of my favorites.
- Amy K.

The film is a sound comprehensive overview of Burnham's contributions.
- Daniel P.